desires experiences about
Where are you going ? | fr

Cache cache with the last Moken of the planet

Although it has been very gradually opening up to tourism over the last twenty years, Burma still remains one of the most closed countries in Asia. A country with incredible sweetness, whose image was seriously damaged by the Rohingya massacre and the deserted blow by tourists. Add to this that even if the first democratic government was inducted in 2016, the stigmata of 50 years of control by the Burmese junta in power remain. Result: the archipelago of Mergui, in which I surrender, this rosary of some 800 wild islands are far from exciting the crowds.

And yet, they have been working on my imagination for years. First of all because it is still one of the rare wild corners of the planet. A space where each island has not been perfectly identified or even positioned on a map! In short, where the wild side still confers a form of vagueness that grazes me. Perhaps also because some islands are still totally intact, that is, in my eyes, still untouched by any human presence. Finally, because they shelter people who have been safe from the whispers and jolts of our world.

I heard about one of them, the Moken, by chance, a few years ago, talking with a Burmese during a stay in the rice fields of North Inle Lake. He had described to me those rough and savage expanses that immediately intrigued me. I looked for books on the subject and found that this people – which would have no more than 3000 representatives – scattered off the coast of Burma and Thailand, interested writers, writers and researchers from around the world!

Gypsies of the seas. Fishermen out of the ordinary because practicing a small-scale fishing, harpoon, and thus fascinating people, which intrigues around the world.

Today, they are said to be persecuted, forced to settle down, and especially to extinction. While they have always managed to survive with this lifestyle of their own, the 21st century could mark their end.

They emigrated from South China to Thailand, Burma and Malaysia more than 4000 years ago. They are nomads, fish in the fish-rich waters of the Andaman Sea and live most of the year on their wooden boats, the kabangs, which they build themselves. Nomadism has always been their way of life. The ocean is their universe and they know it better than anyone else. They are said to be able to see under water several meters deep, that they would have developed a water vision similar to that of dolphins. They move at the rhythm of currents, by the light of the sun and stars, living on the margins of civilization. Unique, Moken society is also full of paradoxes: refusal of agriculture while rice is the staple food in Asia, refusal of accumulation of consumer goods when this disposable society sweeps the world, but also, and it is more surprising, refusal to change their ancestral technique of harpoon fishing.

The sea, territory, universe of the Moken and metaphor of their existence: calm and graceful sea when their life is sweet. Sea raging, dry, polluted when they are brought against their will, to rethink their way of life.

since the 2000s, their way of life has been profoundly changed. Their sedentarisation has become unavoidable.

During my stay, I will meet dozens of mokens. Sweet, tender and caring discussions. But already, no trace of kabangs, None of them will come across our path. They will remain mysterious and with them the relentless proof that their disappearance is no longer a legend. Their days and those of the Moken are well counted.

This travel experience interests me! 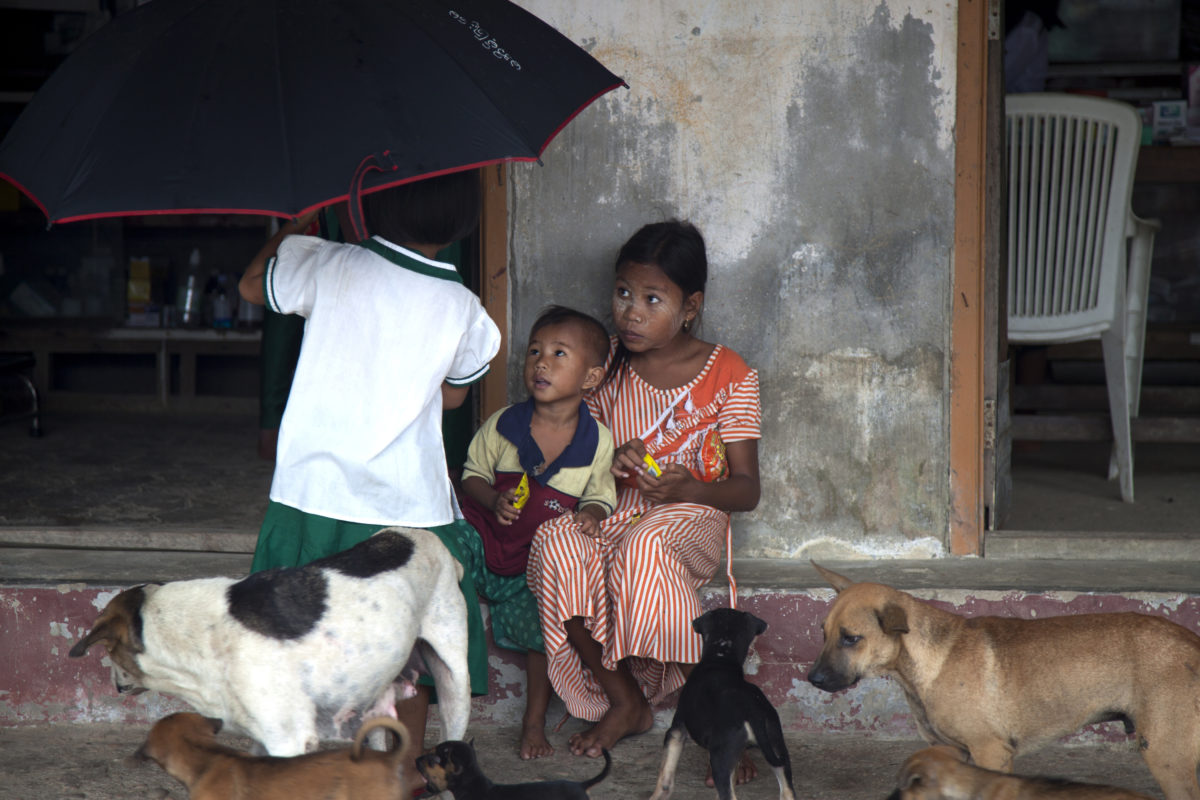 You will love to receive our monthly inspiring letter!

Ask us the moon, MyMoonSpots takes care of your trip!